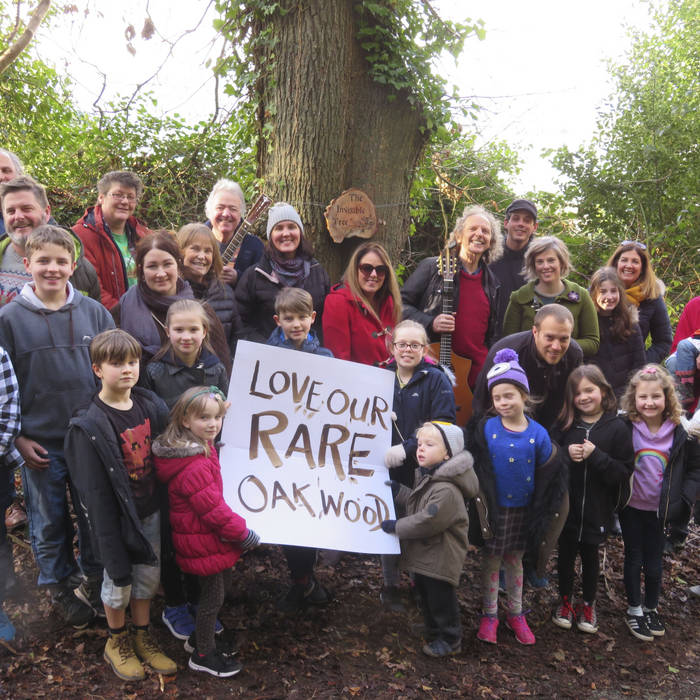 A song inspired by the growing numbers of people who work to raise awareness for the importance of respecting and protecting nature.

In 2016, when Rostrevor Oak Wood, one of Ireland’s last remaining ancient woodlands, came under the threat of a proposed inner-city style building development on its edge, I became one of the founding members of a community group of all ages and backgrounds, RARE (Rostrevor Action Respecting our Environment) with the aim of giving a voice to nature in general and specifically to those parts of the forest which had been mysteriously omitted from maps supporting the developer’s plans.

This song was written as part of the RARE campaign and also as a means of uniting the work of other campaigners in highlighting various environmental issues including fracking for oil, the attempts to impose cyanide-based gold mining in the Sperrins, the growing mountain of plastic waste, the Renewable Heating Incentive (RHI) which brought down the Stormont government from 2017–2020, and the UK’s plans to use Northern Ireland as a nuclear dump.

The latter plan is part of a bizarre scheme known as Geological Disposal Facility (GDF), whereby communities would be offered bribes in return for “hosting” nuclear waste.

The final verse relates to a campaign which this song also supports, namely to recognise the legal rights of that which sustains us all through a Rights of Nature legal framework that enshrines the right of nature “to exist, persist and thrive.”

Hi there, high there much too high
Concrete rising in the sky.
Block the light and kill the seed,
How much money do you need?

Down there, down there in the ground
Spreading poison all around,
Kill for gold and kill for oil
The precious life that’s in the soil.

Out there, out there in the sea,
Plastic waste from you and me,
Time to change the things we do
Or end up drinking plastic stew

And hi there, hi there RHI
Someone’s finger’s in the pie
Heating empty sheds each day
Fingers could get burnt one day.

Look here, nuclear let’s be clear,
No nuclear waste is needed here,
You say it’s safe, well kind regards,
Host it in your own back yards.

Now then, now then, now’s the time,
We’re silent partners in each crime
Unless we take a different way
And fight for nature’s rights today.

Additional backing vocals by Choir of Kilbroney Integrated Primary School and members of RARE, Love Your Lough and Save Knock Iveagh Campaign Groups.