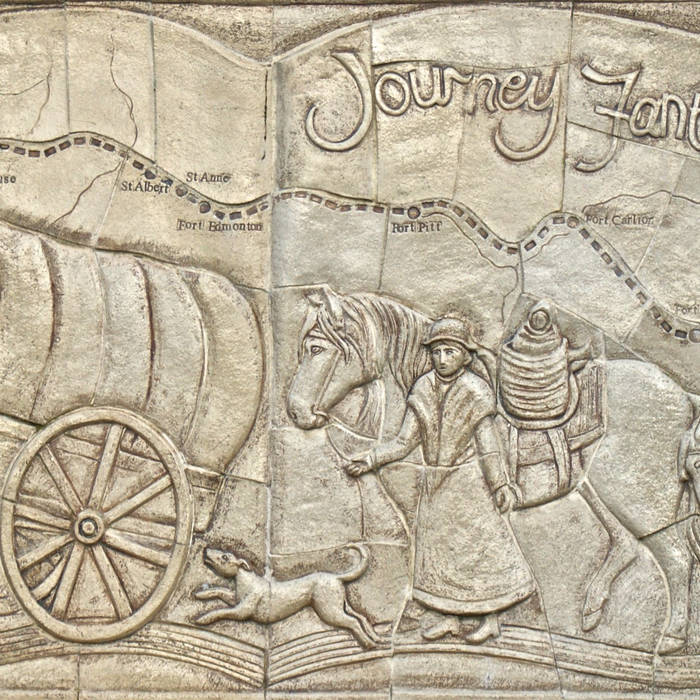 Thanks to Andy Peters for introducing me to the fascinating story of Catherine O’Hare, who was born in Annaclone, close to Rathfriland in County Down.

When she was just ten years old, the deadly “Great Hunger” (1845-49) came to Ireland, claiming a million lives and sending Catherine and countless others across the Atlantic in search of a new life.

I was drawn to this story by many factors - her courage and determination, her home grown knowledge for finding nutrition in the ‘wilderness’ and how survival food helped her find a name for her daughter, just hours after Catherine had the good fortune to meet with the First Nations women whose wisdom and humanity helped save her life.

Catherine’s own wisdom in putting the value of education before that of gold was the final nudge that inspired me to attempt the construction of a song that would bridge the years and the miles in memory of this remarkable woman.

It’s a long way from the Rockies to Rathfriland on the Hill,
But on that track we’ll wander back so listen if you will,
For courage great it’s hard to beat this woman of renown,
Catherine Schubert, born O’Hare, in good old County Down.

At 16 years she crossed the sea to far Amerikay,
Survived the awful coffin ships and landed on the quay,
In Springfield, Massachusetts, found employment as a maid,
Read every book around the house wherein she worked and stayed.

Well, she met a man from Germany, a carpenter by trade,
Augustus Schubert was his name and she liked the words he said,
They fell in love in springtime, got married in the fall,
Then they took the Mississippi to the town they call St Paul.

They opened up a grocery shop where Catherine baked her bread,
Lakota people taught her words that never left her head,
“Wakanheja”, for children, the little sacred flames,
Two children came along to them called Gus and Mary Jane.

Ah but times were getting hard you know and they wouldn’t stay to beg,
So northwards to Fort Garry that’s the town of Winnipeg,
’Til the weather drove them westwards as the winter had its way,
600 miles through frost and snow they battled on a sleigh.

Then they settled at Red River, where another child was born,
‘Til thaw and floods a raging came, washed them from their home,
Augustus said to Catherine, here is what I’ll have to do,
I’ll join the Overlanders seeking gold in Cariboo.

Said Catherine to Augustus, “Now listen if you will,
Rathfriland women aren’t afraid of mountain or of hill,
100 men and 50 more may walk to Cariboo,
But one woman and three children they are coming with you too.”

So they loaded up Red River Cart and harnessed up a cow,
Across the endless prairies, they found their way somehow,
They lived on fish and berries and the rose hips where they grew,
And Catherine needed secret strength for now she ate for two.

And when the mighty Rockies rose, the cattle stayed behind,
They carried all upon their backs where tracks and rivers wind,
While on the Thompson River where the rapids weave and waft,
She felt her baby coming as they floated on a raft.

And oh so far the hills of home in good old County Down,
But home is never far away where kindness can be found,
The native midwives gathered round, the snow was on the thorn,
They helped her there where rivers meet, and a healthy girl was born.

First European Woman through the Rockies from the east,
First Nations women tending her, such thoughts they were her least,
I thank you kindly sisters and the life that nature grows,
And to thank the food that gave us strength, I’ll call my baby Rose.

The journey overland was done but Catherine worked away,
In Armstrong she’s remembered well unto this very day,
For she founded schools for children so that none were left behind,
And education was the gold that Catherine helped to find.

Ah, to know the heart of any land, climb the highest hill,
See beauty float beneath you as your eyes take in their fill,
To be so small yet part of all upon this endless trail,
From Rathfriland to the Rockies and it’s there I’ll end my tale.